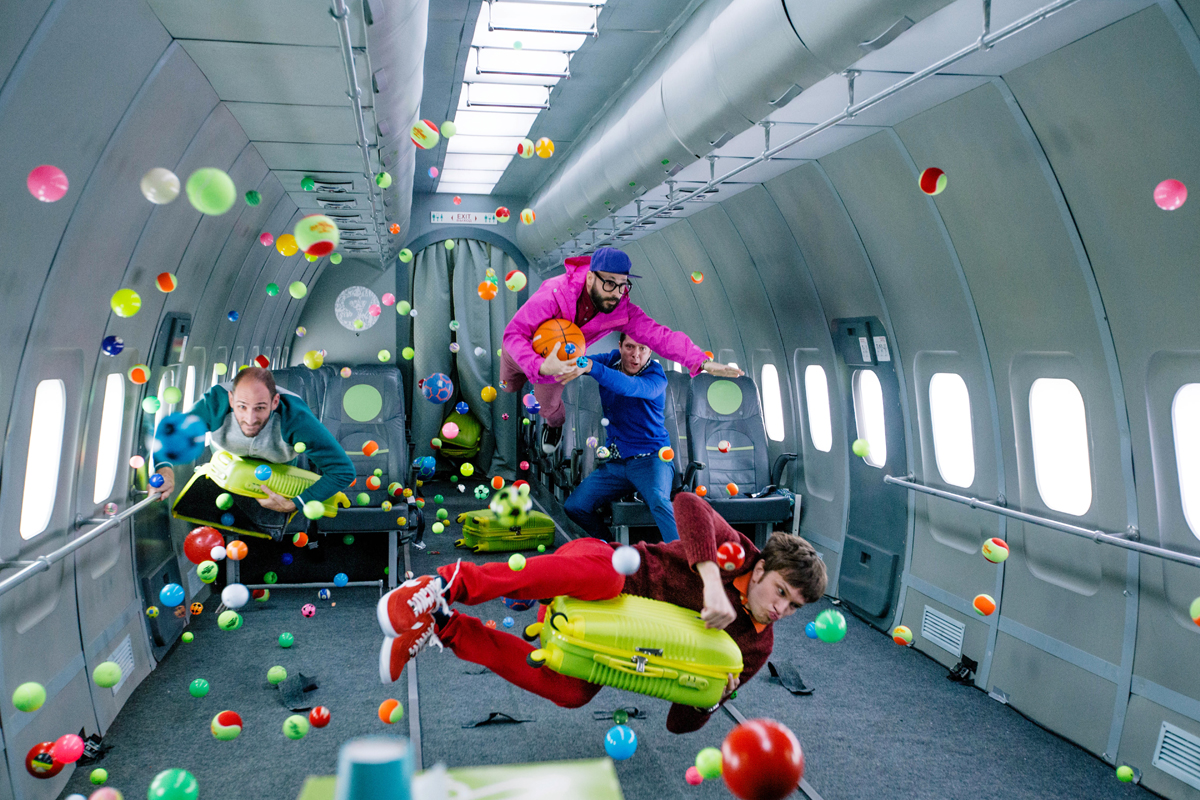 It all started in an arts camp. According to OK GO’s guitarist and lead singer Damian Kulash, he and bandmate Tim Nordwind met when they were just 11 years old. Their favorite teacher in the camp would lay out the day’s activities and say “OK, Go!” The two friends jumped right in and that message of creative freedom – a clarion call to follow the imagination – has not only become their band name, but fueled their work to this day.

As OK GO, Kulash and Nordwind together with Dan Konopka and Andy Ross, have singlehandedly propelled the pop music video from its original scenic and storytelling roots of the 1980s into the 21st century. Ever since “Here It Goes Again“ took their coordinated treadmills viral in 2006 and won the Best Music Video Grammy Award, their mind-blowing videos have ignited the imagination of tens of millions of viewers and won a long list of awards. The release of new OK GO videos now generates buzz well in advance.

Whether they are aware of it or not, what fascinates fans is not just the music, it’s the math. Released last November, OK GO’s latest video “The One Moment” is 4.2 seconds of moving images, flying paint, and exploding guitars – 325 discrete events slowed down 20,000 percent and timed precisely to the lyrics of the song. In an interview with Rolling Stone magazine, Kulash said working on the video was all about the calculations. Breaking the visuals down into increments meant they were subdividing beats into intervals as short as two milliseconds. At that speed he said, “choreography just turns into math…. a lot, a lot, a lot of math.”

Math and science finds its way into everything they do. OK GO was awarded a Smithsonian American Ingenuity Award in 2016 for their amazing zero-gravity video “Upside Down & Inside Out.” Filmed aboard a jet over Soviet airspace, the band relied on the physics of parabolic flight, shooting a single continuous take of multiple 25-second periods of weightlessness to create 3:20 minutes of film that aligns with the song’s catchy lyrics.

For the band, the music and the math are merged into one and that challenge is what makes it all fun. “We’re always trying to think of something that feels just on the other side of impossible,” Kulash told Rolling Stone. The result is arresting, must-see art powered by irresistible music that engages, entertains, and feeds the imagination, leaving everyone with just one question, “What in the world will they think of doing next?”

Then read about the making of “In One Moment” in Rolling Stone here.

at the Bankhead Theater