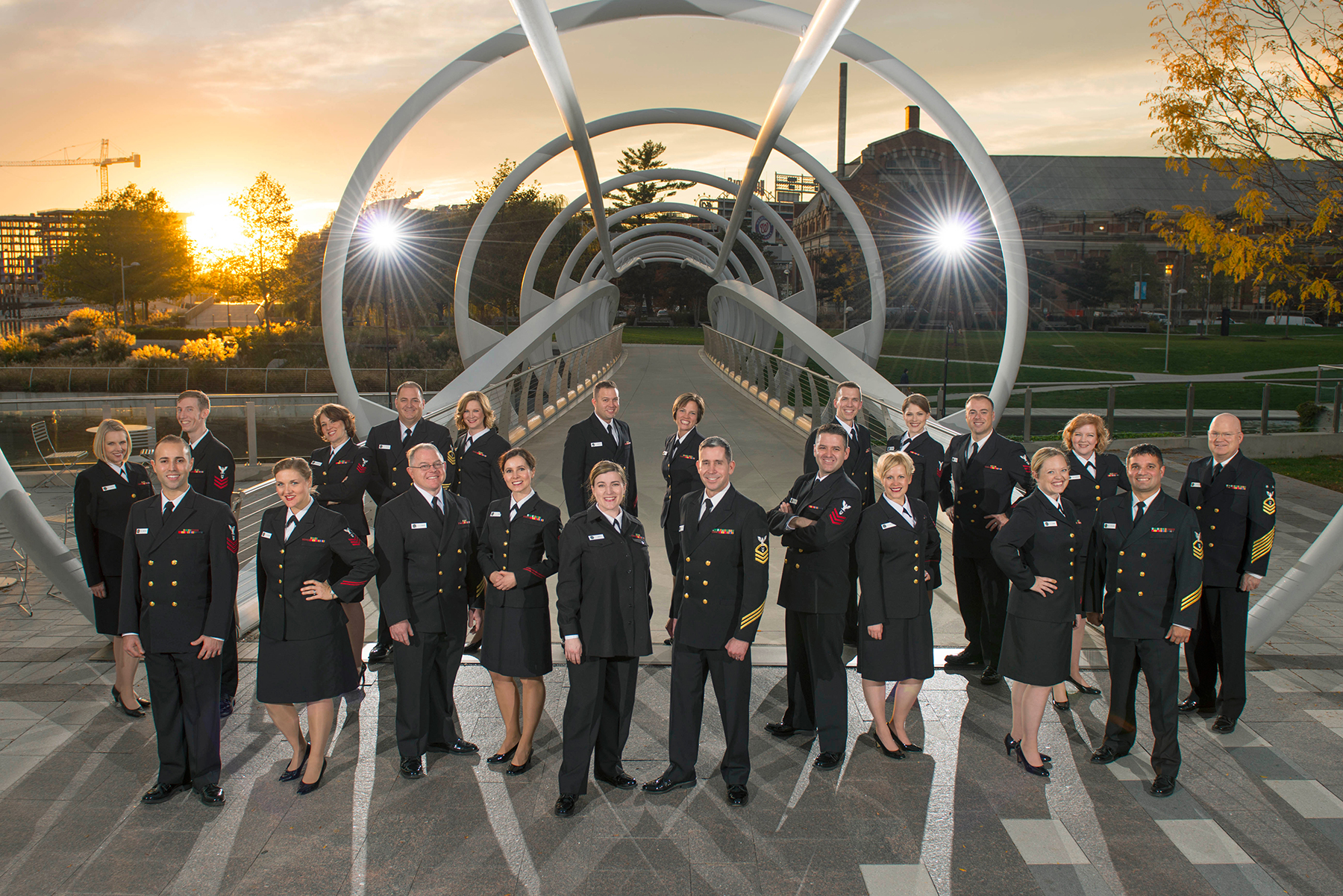 Throughout the year, Livermore Valley Performing Arts Center offers a range of arts experience to the community through free concerts, art exhibits and cultural events. For the past two years, the Livermore-Amador Symphony and dancers from Valley Dance Theatre have participated in a free holiday concert in early December.  This year, the Bankhead Theater will host the US Navy Sea Chanters in a free concert on Tuesday evening, February 27 at 7:30 pm.  The Navy Band Sea Chanters is the United States Navy’s official chorus. The ensemble performs a variety of music ranging from traditional choral music, including sea chanteys and patriotic fare, to opera, Broadway, and contemporary music.  Watch the US Navy Sea Chanters in Concert here and don’t miss this opportunity to see them live in Livermore!

MORE ABOUT THE SEA CHANTERS

Under the leadership of Senior Chief Musician Adam Tyler, the Sea Chanters perform for the public throughout the United States. At home in Washington, they perform for the president, vice president and numerous congressional, military and foreign dignitaries. In 1956, Lt. Harold Fultz, then the band’s assistant leader, organized a group from the Navy School of Music to sing chanteys and patriotic songs for the State of the Nation dinner. An immediate success, Adm. Arleigh Burke, then chief of naval operations, transferred them to the Navy Band, named them the Sea Chanters and tasked this all-male chorus with perpetuating the songs of the sea. In 1980, the group added women to their ranks and expanded their repertoire to include everything from Brahms to Broadway.

The Sea Chanters are frequently found at the center of our most important national events, including inauguration day in 2009. They have played a vital role in comforting the nation in times of mourning, including appearances at memorials for the astronauts of the space shuttle Columbia and the presidential wreath laying ceremony at the United Airlines flight 93 crash site in Shanksville, Pa. Their performance of “Amazing Grace” for the National Day of Prayer and Remembrance at the National Cathedral in Washington after the events of 9/11 inspired all in attendance as well as a national television audience. In 2004, the chorus participated in former President Reagan’s funeral at the National Cathedral, and in 2007 performed in the U.S. Capitol’s rotunda as former President Ford was lying in state. The chorus was instrumental in the dedication ceremonies of the World War II memorials in Bedford, Va., and in Washington. In 1994, they provided music at the funeral of former President Nixon in Yorba Linda, Calif., and the interment of former first lady Jacqueline Kennedy Onassis at Arlington National Cemetery.

They have appeared at the Kennedy Center Honors and with the National Symphony Orchestra for the nationally telecast “National Memorial Day Concerts” at the U.S. Capitol. In addition the group has appeared on “Larry King Live” and “CBS This Morning” as well as at the premier of the movie “Pearl Harbor.” In 2008, the Sea Chanters performed with the Mormon Tabernacle Choir under the direction of Mack Wilburg. Noted choral directors Dale Warland, and Donald Neuen have guest conducted the ensemble, and renowned composers Michael McCarthy, Roger Bourland, William MacDuff and Lloyd Pfautsch have written works especially for them. Other notable orchestral appearances include the Kansas City Symphony, the Boston Pops Esplanade Orchestra, the Baltimore Symphony and the Cincinnati Pops Orchestra. The Sea Chanters have enjoyed a great reputation performing with such stars as Perry Como, Marian Anderson, Kenny Rogers and Lionel Richie.

Throughout their history, the Sea Chanters have remained true to the Navy’s watchwords of pride and professionalism, and they continue to flourish as a vibrant ensemble.