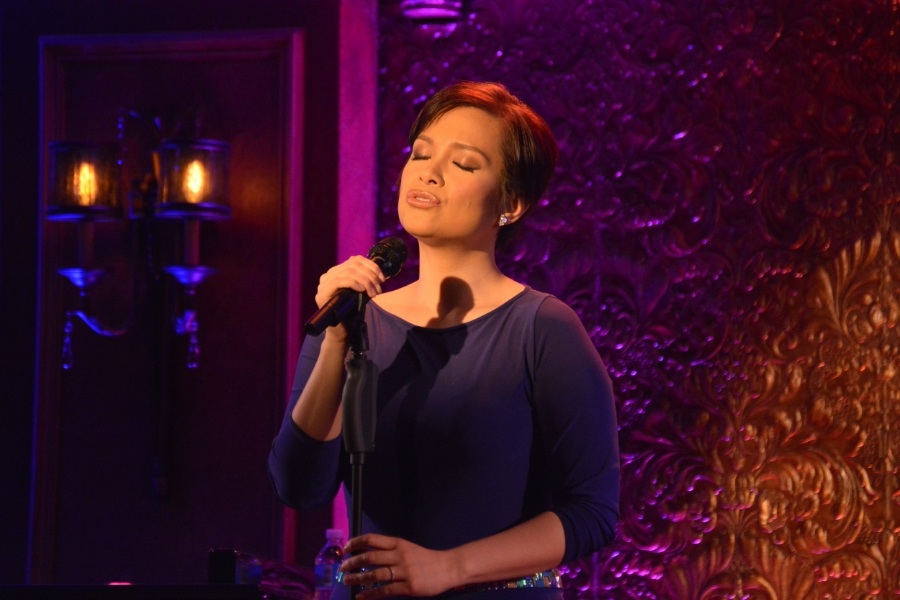 Tickets are selling VERY FAST to see Broadway star and Disney Legend Lea Salonga at the Bankhead on May 8!

The 2019-2020 Bankhead Presents season only went on sale to the public in early June and tickets are already selling fast! Nearly two dozen shows are already 20 percent sold and several are close to half.

Every year we try to offer something for everybody – music of every genre, dance and cirque, comedy and magic, plus some shows so unique they’re simply impossible to describe!  This season is a mix of returning favorites such as Arlo Guthrie, Preservation Hall Jazz Band, and The Capitol Steps, as well as artists making their first visit such as Todd  Snider, the BoDeans, Lonestar and Phil Vassar.  And this year the hottest tickets are cover both categories:

THE BEST SINGING-DANCING-STOMPING PUB SHOW EVER! 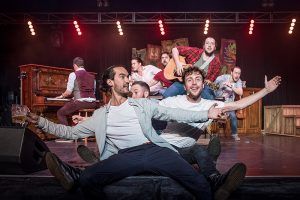 THE CHOIR OF MAN was the surprise hit of last season. When this boisterous group of blokes from the UK turned the Bankhead Stage into a working pub, we knew something was up. Pulling pints for the audience while singing and dancing their hearts out, fun was found both onstage and off as this “Choir” worked their way from old Irish drinking songs to today’s pop hits. Ask anyone who was there … The Choir of Man was an unforgettable show and many people plan to see it again. So if you haven’t bought your tickets yet, do it now — don’t miss a chance to grab a pint onstage and enjoy the show!

STARS OF BROADWAY AT THE BANKHEAD

Do you love the glitter of the Great White Way? Well, this is your year at the Bankhead!  Our season starts with talented song and dance man, MATTHEW MORRISON, accompanied by the Livermore-Amador Symphony at the Brilliance at the Bankhead fundraising gala on September 7th. Morrison got his start on Broadway where he originated the role of Link Larkin in Hairspray and more recently  J.M. Barrie in Finding Neverland, but he is perhaps best known for his role as Mr. Schuester on the hit television show “Glee.” This is a priceless opportunity to see this triple-threat entertainer up close and personal in the intimate Bankhead Theater.

Then plan to come back in May to see LEA SALONGA. She burst on the Broadway scene from her native Philippines to win a Tony Award playing the lead role in Miss Saigon at the age of 18. She has since starred in numerous shows including  Les Miserables, Flower Drum Song, Once on This Island, as well as Allegiance with George Takei, which was also shown in movie theaters. A genuine Disney Legend, she voiced the roles of Princess Jasmine and Mulan in Disney’s animated films. But take note: this is currently our fastest selling show! If you want to see Lea Salonga when she comes to Livermore, make sure you buy your tickets now. The house is already more than half full and more tickets sell every single day.

And that’s not all!  Tickets are flying out the door for Texican rock band Los Lonely Boys, who return in November after a sold out show two years ago. Country rock singer/songwriter Todd Snider’s single show with very special guest Ramblin’ Jack Elliott on October 25 is already 40 percent sold. And seats for a delightful evening of opera and pop songs sung with international flair by The Four Italian Tenors are filling fast.

So don’t wait … Many people think that because we’re local you can always get a ticket, but it’s not true. Last year nearly 20 shows sold out completely, many of them well before the show date. Check out the whole season list HERE and be sure to get your tickets now … before they’re all gone!

MEMBERS hear what’s happening first and are eligible for presales, special events and discounts on tickets all year long.
Interested? Find out more, sign up now, or contact Brittany Mulgrew for questions!