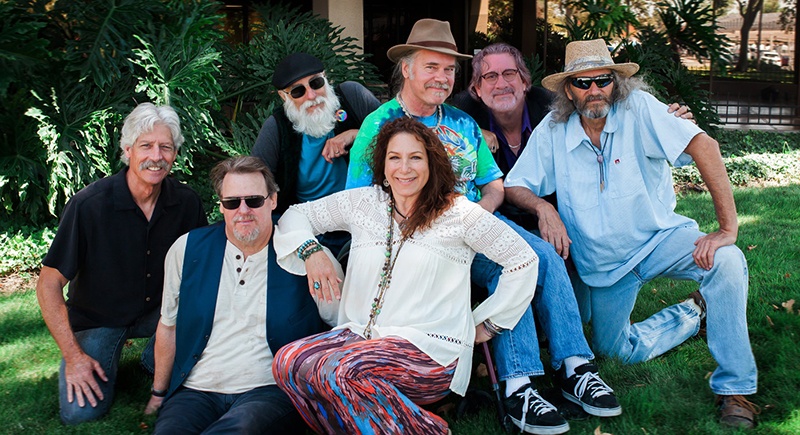 On August 17, 2019, 50 years after crowds at the Woodstock Music Festival closed the State Thruway in New York, the Bankhead Theater will offer art and music events that echo the festival’s message of peace, love, and community. In the morning, the Bothwell Arts Center will host an Open Studio session from 11 a.m. to 2 p.m. where visitors can interact with working studio artists, view art demonstrations, and participate in making 1960s-style crafts. The event is free and open for all ages and abilities to enjoy.

In the evening, Livermore-based band LunaFish returns to the Bankhead Theater with authentic psychedelic rock music of the 1960s and 1970s in a “Return to Woodstock” concert. With their classic rock style and vocal harmonies, LunaFish reimagines music from what has been called the most innovative period of rock and roll, featuring top hits from artists such as Jimi Hendrix, Janis Joplin, Eric Clapton, and Jefferson Airplane. Together with friends and guest artists, LunaFish will help audiences “Return to Woodstock” that evening at 8 p.m. Sponsored in part by the Livermore Valley Performing Arts Center, tickets for the concert are priced at just $20.

Steered by founders Jeff Fish and Chris Gattuso-Fish, LunaFish made its debut in 2008 at Livermore’s Tuesday Tunes outdoor concerts. The group is made up of longtime friends, including drummer Bill Ziegler, Michael Fine on bass, Don Bott on keyboards, as well as Kurt Stahl and Tom Rose on guitar. Gattuso-Fish describes the group as not just bandmates, but family; and they rely on that sense of family to connect with their audience too, encouraging them to sing along, dance in their seats, or just tap their toes.

Sadly, Jeff Fish suffered a brain injury from a medical accident in 2011 and can no longer play guitar, but he continues to be the band’s leader and inspiration, creating set lists, suggesting arrangements, and providing invaluable, expert feedback. This will be the second year LunaFish has performed a summer show at the Bankhead Theater in August. Those who attended last year may remember the show was nearly sold out.

A Closer Look at the Livermore Valley Performing Arts Center

The Livermore Valley Performing Arts Center is an independent 501 (c)3 nonprofit offering wide-ranging programs that provide access to the arts for the Tri-Valley community and beyond. The Bankhead Theater, together with the Bothwell Arts Center, is home to eight resident performing arts companies and over 40 studio artists and cultural arts instructors.

Here at LVPAC, we know the kind of impact the arts can have in a person’s life. Whether it’s music, dance, acrobatics, theater, or opera, there’s something for everyone to enjoy at the Bankhead Theater. Additionally, we make it a point to make the arts affordable for everyone, which is why we offer student and military discounts for just about every performance.

We look forward to celebrating the 50th anniversary of Woodstock with you! Contact the Livermore Valley Performing Arts Center with any questions.