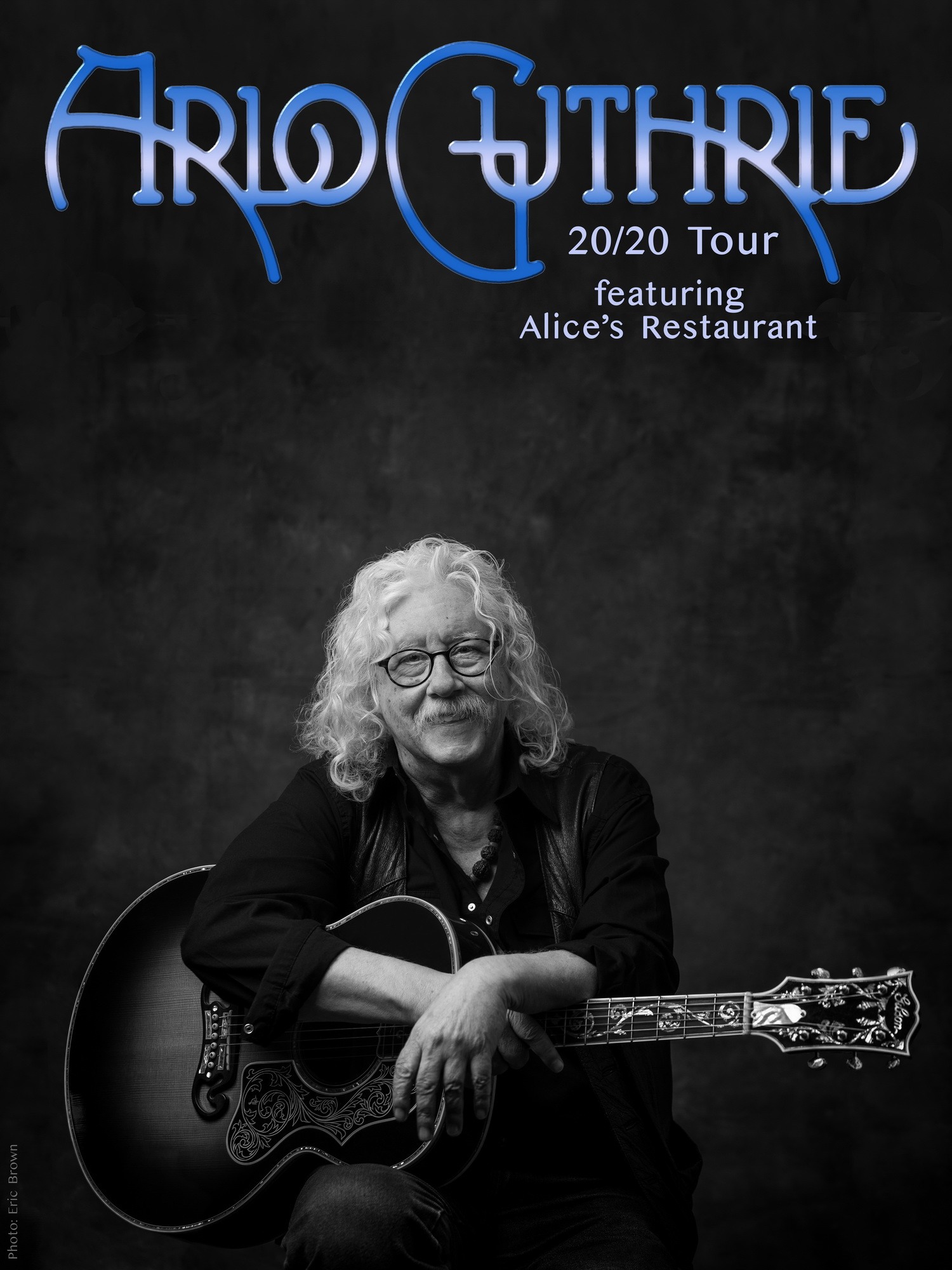 If hindsight is 20/20 vision, Arlo Guthrie has a vast perspective looking forward. After decades of perpetually touring, the folksinger is dialing it back a bit, but the road has become a way of life for Arlo: sharing songs and stories, getting to the heart of what really matters, and of course, being a comedic agitator. It’s in his blood. It’s who he is. It’s what he does. Stirring the pot, questioning the powers that be, and reminding us what it’s all about with humor and passion.

Initially making a name for himself in the sixties with the iconic “Alice’s Restaurant Massacree” and providing perhaps the most often repeated phrase from Woodstock (“The New York State Thruway is closed, man.”), Guthrie helped define the singer-songwriter genre burgeoning in the seventies. With over thirty albums in his discography, Arlo delivers an astounding time capsule from the works of his dad, Woody Guthrie, to the present day.

“A magical cornucopia of well-crafted songs, homespun humor, and stories of the past.”  — Modern Guitars

“His rich voice and deft guitar-play cast a spell on the audience.” —Berkshire Links

Arlo Guthrie will be joined by Folk Uke, the enchantingly harmonizing, irreverent and indecorously humored duo of Cathy Guthrie and Amy Nelson. Formed when the two met while working in a bar 20 years ago, their own songs often carry a message with a satirical twist, while interpretations of well-known songs use innuendo to deliver a completely unexpected meaning. Whatever they’re singing, their vocal harmonies, wry humor and engaging delivery keep audiences laughing and looking for more. Folk Uke has three albums to date and their music has been featured in Orange Is The New Black and Super Troopers 2.