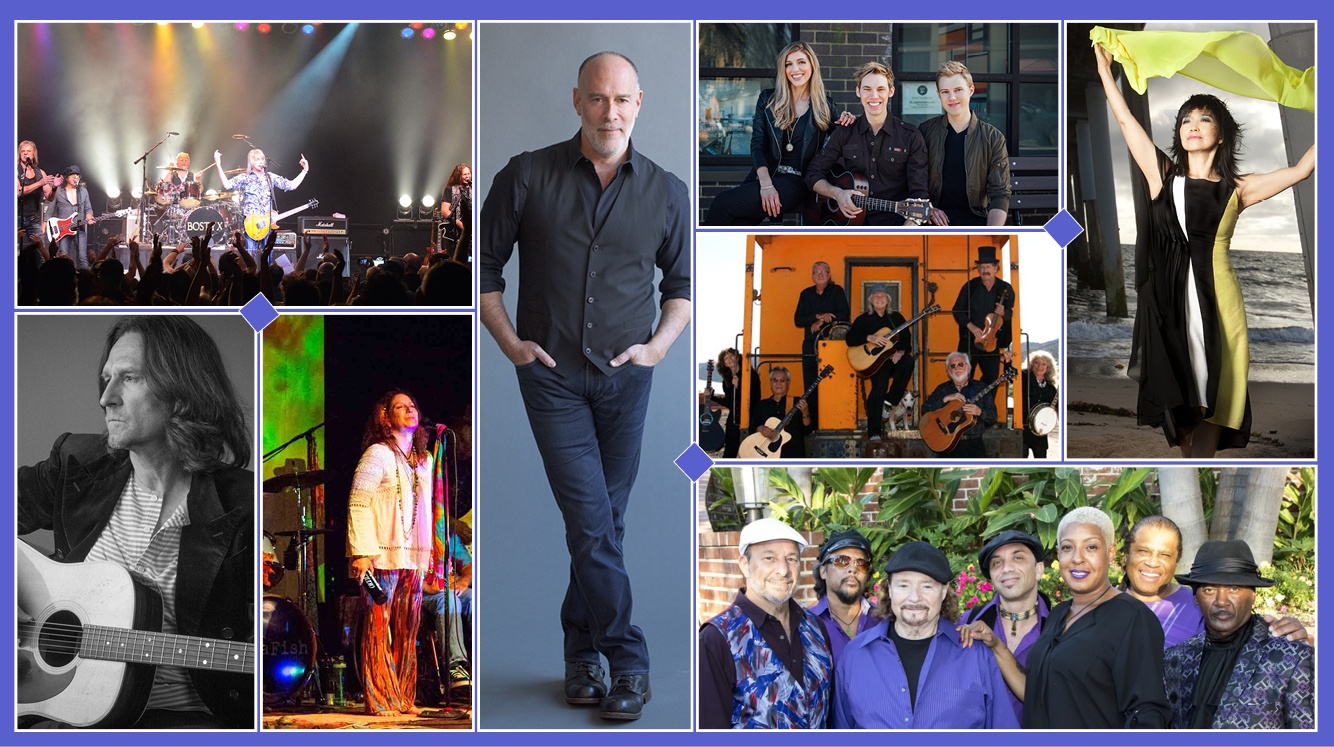 We just announced new additions to the Bankhead Theater schedule for 2019! Two shows and one free concert have been added to the current season and six shows have been announced for the Summer Series at the Bankhead. You’ll find old favorites and some new name making their first appearance in Livermore. Check out the list, then buy your tickets now before they sell out! Right now tickets are on sale to MEMBERS only. Become a member today to get the best seats. Tickets go on sale to the public January 23.

LEGENDARY SINGER-SONGWRITERS
Since his Grammy Award-winning hit ballad “Walking in Memphis,” Marc Cohn has earned a reputation as a natural storyteller with the precision of a brilliant tunesmith and the passion of a great soul man. His intimate concerts feature deep cuts and surprises, as well as songs that have been fan favorites for decades. John Waite became one of the most recognizable voices in the 1980s when his hits “Missing You” and “Midnight Rendezvous” soared to the top of the pop charts. His solo career was preceded by success as lead singer of The Babys and the rock supergroup Bad English. He brings his acoustic sound and familiar vocals back to the Bankhead’s intimate stage on the Wooden Heart: Acoustic Anthology Tour in late May.

GENERATIONS OF FOLK-POP MUSIC
Kicking off the summer will be two groups who delight audiences with their appealing folk-pop music. One of just 15 groups named US Cultural Ambassadors in 2018, Derik Nelson and Family deliver passionate interpretations of both original and cover songs. Derik, Riana and Dalten’s perfectly-blended sibling harmonies and jazz and folk-infused sound are enhanced by stunning visual digital displays. For the third summer, the siblings will lead a songwriting workshop for teens. The week-long session culminates in an afternoon presentation for friends and family before Derik Nelson and Family take the stage for their own performance. On July 26th, The New Christy Minstrels make a sixth appearance at the Bankhead with their always-fresh folk sound. Since the 1960s, their lighthearted style and rich harmonies have endeared them to listeners with such original, chart-topping hits such as “Green, Green” and “Today.”

ROCK AND JAZZ FAVORITES
Formerly of the multi-platinum band Boston, David Victor, together with four other lead vocalists, will deliver the music of iconic classic rock groups, Boston and Styx, whose legendary hits included “More Than a Feeling,” “Peace of Mind,” “Lady,” “Come Sail Away,” and “Amanda.” With a blazing hot rock sound and four- and five-part harmonies, the group will bring a feel-good, 100 percent live performance to the Bankhead stage. Renowned Japanese-born pianist and composer Keiko Matsui has earned a devout and enthusiastic international audience, including numerous local fans in Livermore. Her music transcends boundaries worldwide, blending a rich melting pot of musical influences to create unforgettable, contemporary smooth jazz melodies.

50TH ANNIVERSARY OF WOODSTOCK!
Join us to celebrate the anniversary of the landmark rock show. The Family Stone, who with then-leader Sly Stone performed at Woodstock in 1969, will appear here on August 10. Rock & Roll Hall of Fame Inductees Jerry Martini and Greg Errico, will appear with Phunne Stone, Swang Stewart, Blaise Sison, Nate Wingfield, and Jimmy Mckinney. The band will deliver an infectious high-energy combination of funk and soul on such legendary hits as “Everyday People,” “Dance To The Music,” “Family Affair” and “Hot Fun in the Summertime!” A local favorite, Livermore-based band LunaFish joins in with a “Woodstock Revisited” show on August 17, reviving the magic of the historic event with their authentic psychedelic rock sound.

FREE COMMUNITY CONCERT
On April 18, members of the California State Military Reserve Band under the leadership of music director James Lamb will present “Ragtime to Jazz: The Music of James Reese Europe.” Combining narrative, images, video, and live music, they will chart the story of the famed African-American musician and soldier. Jim Europe broke barriers from the stage of Carnegie Hall to the battlefields of World War I. The event is free, but tickets are required and will be available beginning on March 18.

The new shows augment the current season which include such upcoming events as the nearly sold out concerts with Branford Marsalis Quartet, Jake Shimabukuro, Robert Cray, and Keb’ Mo’. More than 20 other shows remain in the season, including rock, pop, bluegrass and folk music, as well as dance, theater, cirque, and comedy. See the whole list HERE.

MEMBER PRESALE UNTIL JAN 23
Only members can buy tickets until January 23. Don’t miss out on your favorite seats! Become a member today or contact Brittany Mulgrew at (925) 583-2305. Advance notice and early ticket purchase is a LVPAC membership benefit. Other benefits include a 10 percent discount on tickets all season and an invitation to the Season Announcement Party in May. Additional benefits such as private receptions and exclusive artist meet and greets are available at upper membership levels. Find out more about membership HERE.