Center Stages’s mission is to provide mentorship to youth through inclusive community-based performing arts.
Youth ages 14-20 have the opportunity to create, perform, design, and manage creative or business tasks. Through the process of putting on theatrical productions, youth are intentionally guided to achieve maturity.

Our Vision is establishing a mindful organization of youth performers, technicians, and business-minded collaborators.
The three branches of Center Stage are Creators, Performers, and Technicians

Center Stage East Bay didn’t start out as the organization that is today. It once was a drama department of LVCP (Livermore Valley Charter Preparatory where it put on many musicals and plays. The generation currently running Center Stage took part in the musical Little Shop of Horrors and short plays of that year, but with the closure of Charter they sought after a new school and became the Drama department for Squaw Valley Academy Bay Area. Under this Department, they performed Short Plays 2017 and Anything Goes. After the closing of Squaw Valley, it was realized that the best way to ensure the survival of the beloved program would be to open it to the community. With the support of Livermore Valley Performing Arts Center and a passion for the arts and keeping this amazing family together, Center Stage East Bay was born.

Centerstage East Bay performances of “As You Like It” were SOLD OUT successes this past weekend at the Bothwell Arts Center!🎭 A romantic comedy, the play tells a tale of Rosalind and her cousin who escape into the forest and find Orlando, Rosalind’s love. Disguised as a boy shepherd, Rosalind has Orlando woo her under the guise of “curing” him of his love for Rosalind.

Center Stage East Bay, is pleased to announce their winter performance of Shakespeare’s ‘As You Like It’. This piece will be performed in a traditional Shakespearean style and will premiere December 14th, with showtimes at 12:30 pm and 7:30 pm. A romantic comedy, the play tells the story of runaway Rosalind, who disguises herself as a male shepherd. She is wooed by Orlando, her previous love. When Rosalind’s true identity is revealed, her and Orlando are married in a spectacular finale to a comedic masterpiece.

Center Stage is welcoming students ages 13-20 to audition on October 24-27 from 5-7pm at Bothwell Arts Center. We invite students to join the artistic and technical teams or otherwise see how they can uniquely contribute to Livermore’s only student-run youth theater company! After all, “All the world’s a stage…And all the men and women merely players,”(As You Like It) so join us to find the stage you have been waiting for! 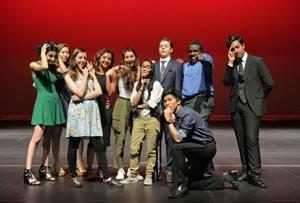 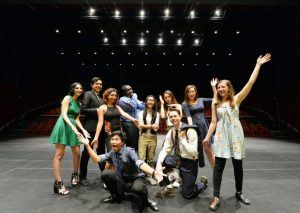 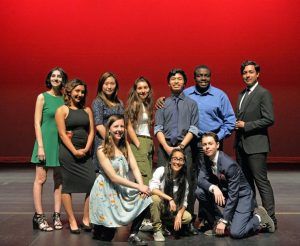 Three student written and directed plays explore powerful subjects and showcase young talent. “My Baby Hasn’t Come Home Yet” by Micaelan Schreckengost focuses on a young mother’s struggle with her recent miscarriage and the toll it takes on her mental health. In “The Stress of Moving Day” by Sukhjanvir Grewal, a young woman encounters misfortune as her young son gets into a car accident and she discovers the infidelity of her husband. The play focuses on her struggle and her discussions with her therapist. “Tired Eyes” by Dylan Lucas takes place in the romantic ’20’s and displays the dramatic romance of Harvey and Charlotte, who’s love is cut down by family crime. Buy Ticket Here

Our goal is to ensure that every student in the Tri-Valley is provided with an opportunity to experience the arts each year through educational activities. LVPAC presents performances at schools and at the Bankhead Theater and provides free monthly family events, as well as workshops and master classes with visiting artists. Portions of these activities are underwritten through generous contributions and matching gifts to our education fund.

Discounted Student Tickets (21 & under) are available for most of our LVPAC Presents ($20) and Resident Company performances (prices vary)! Bring a valid student ID to purchase your ticket, or to pick-up from will-call. There is a one ticket limit per student; prices and availability are subject to change. Enjoy the performance!

How does a student know what is expected of him or her if that student has never before attended a live performance? To help answer that question and provide a roadmap for proper theatre etiquette, download this helpful guide.

Help us share the performing arts with children. To learn more about these programs that support school and family performances and student tickets or to donate by phone or mail, please contact our development staff at 925-583-2305 or email us for assistance.